Photo Credits (from top to bottom)

Why We Can’t Wait

While Democrats hold power in the White House and Congress, their efforts to reform our democracy and expand voting rights must include granting statehood to the more than 700,000 mostly Black and Brown D.C. residents who live in the shadow of the Capitol but have no vote within its halls. Now is the time to prioritize D.C. statehood and pass it through the Senate with 51 votes. 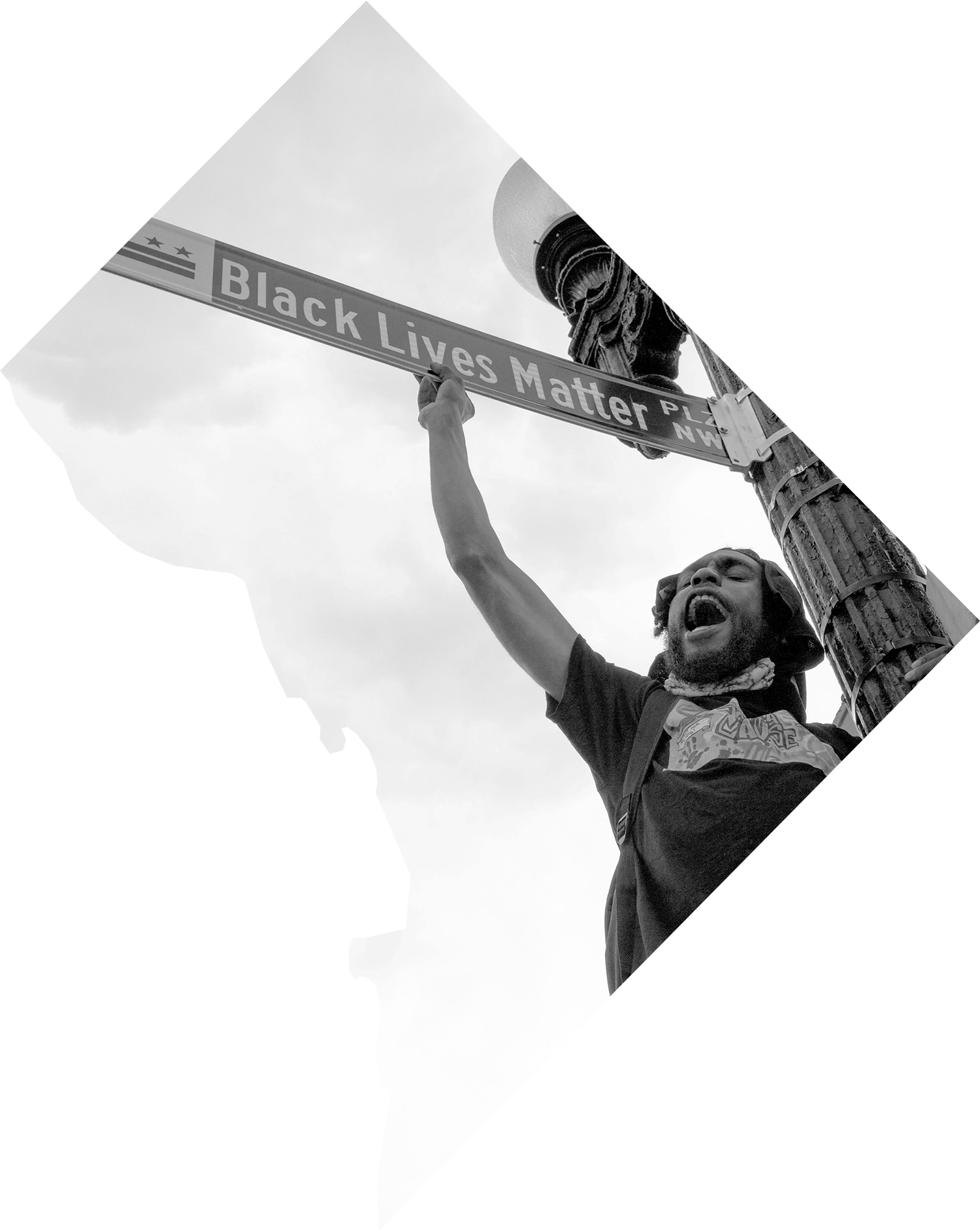 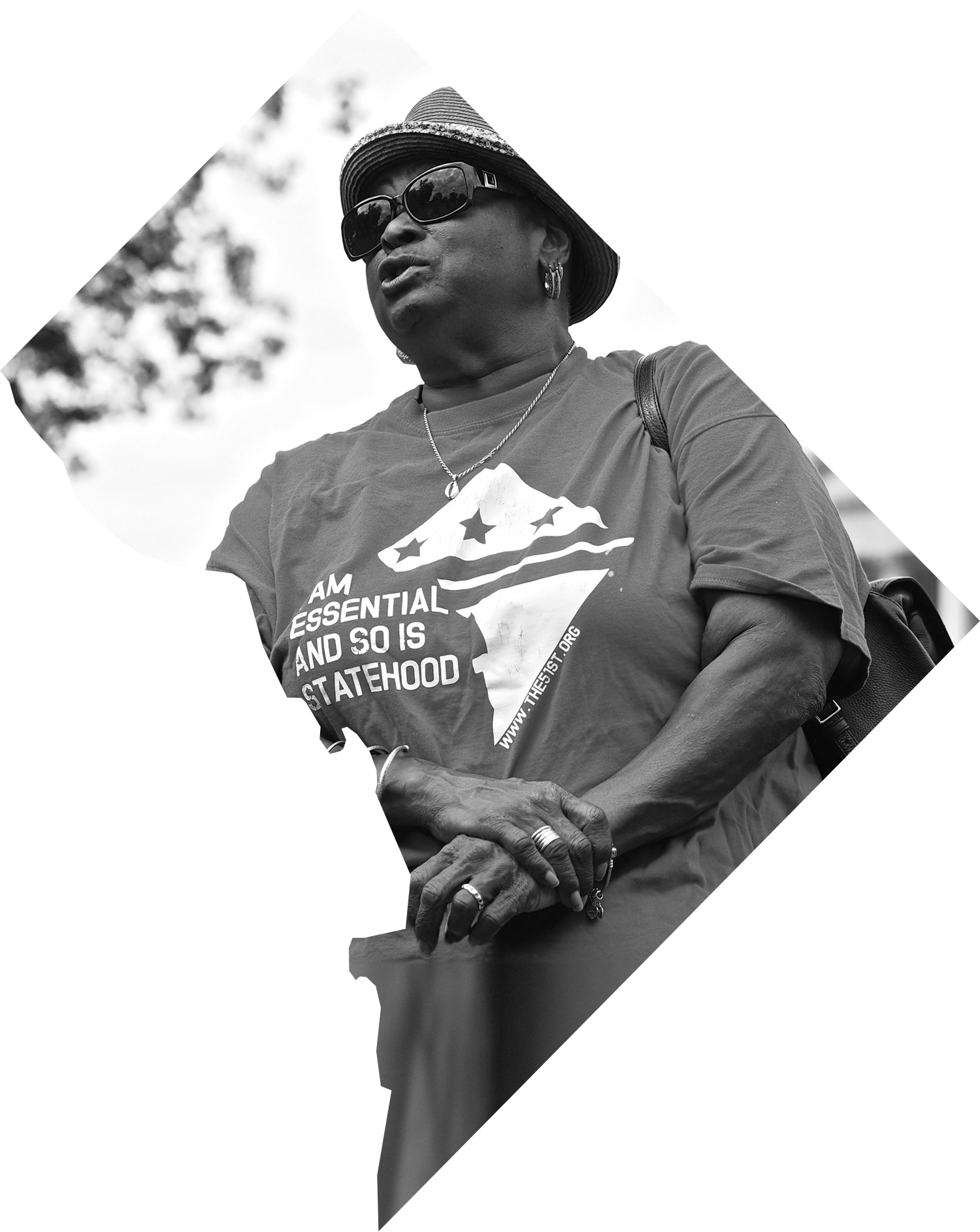 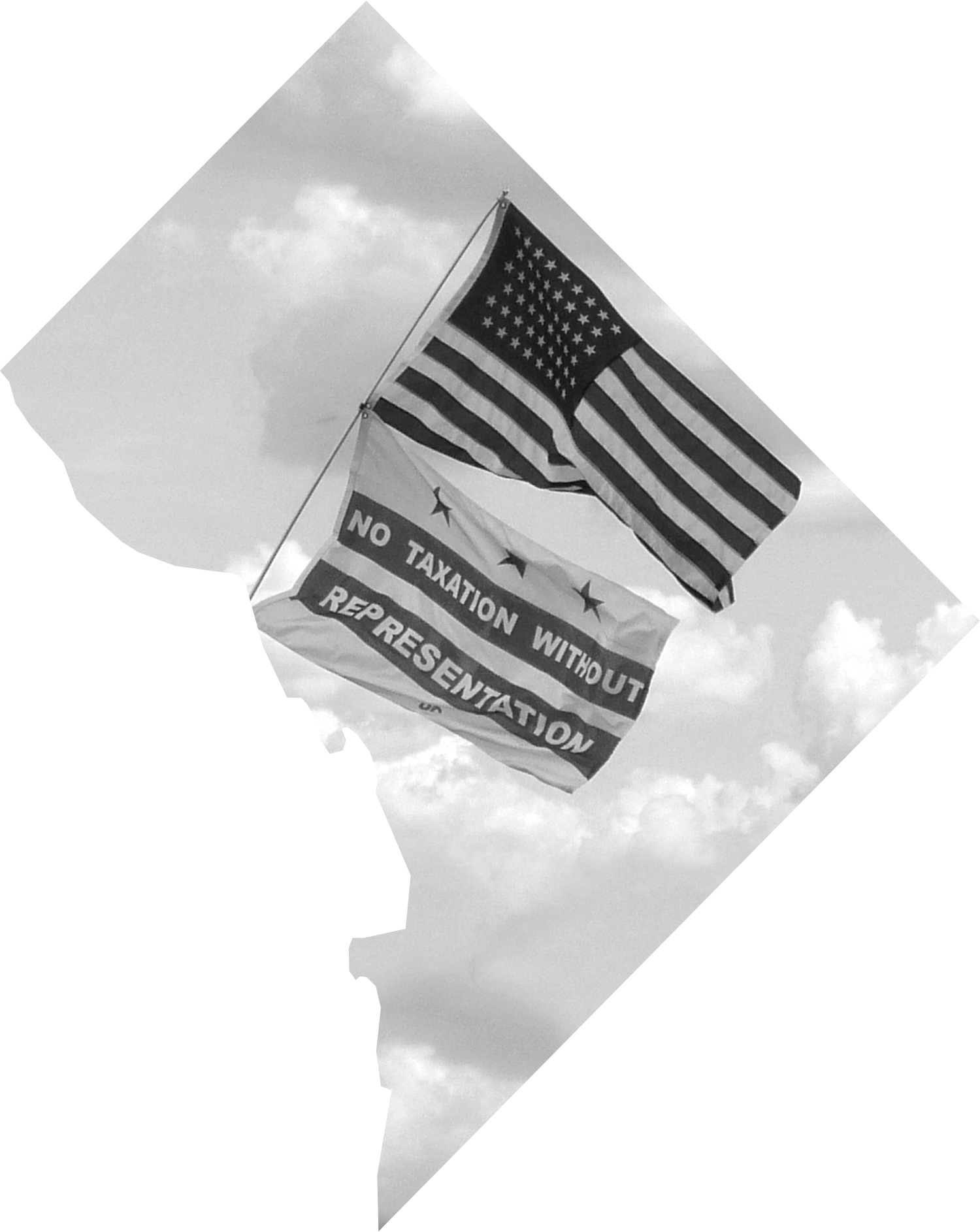 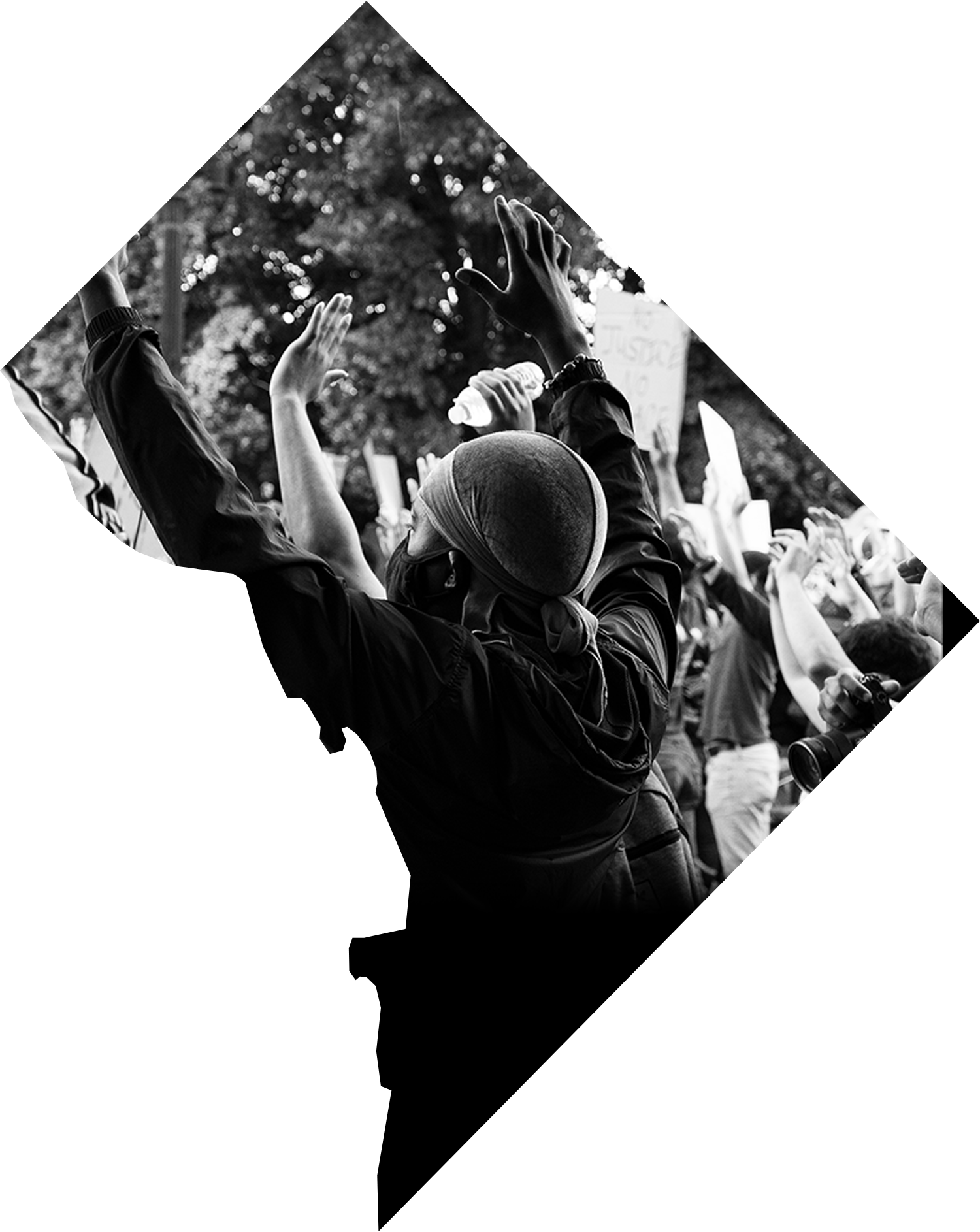 Democrats control both chambers of Congress and the White House, but a Jim Crow-relic—the filibuster—turns promises of progress into empty gestures, by blocking essential measures from passing through the Senate.
‍
D.C. statehood is one of the greatest civil rights and voting rights fights of our lifetime. We can’t let a favored tool of segregationists prevent us from making it real. Senators must prioritize D.C. statehood. They must have courage to amend the Senate rules to bypass the filibuster and advance statehood with 51 votes. Residents of Washington, D.C., have waited long enough. 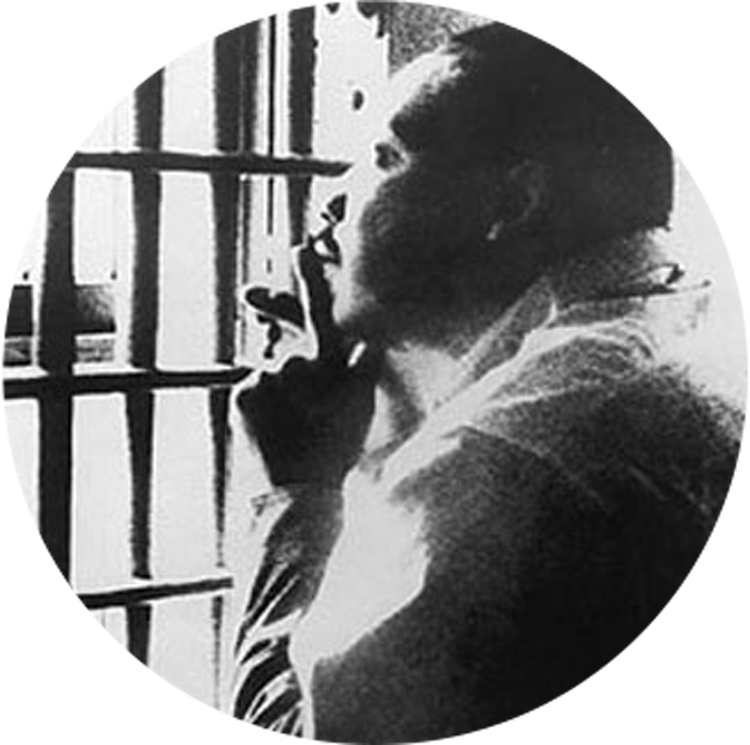 “For years now I have heard the word “wait.” It rings in the ear of every Negro with a piercing familiarity. This “wait” has almost always meant “never.” It has been a tranquilizing thalidomide, relieving the emotional stress for a moment, only to give birth to an ill-formed infant of frustration. We must come to see with the distinguished jurist of yesterday that “justice too long delayed is justice denied.”

WE’VE ENDURED THIS RACIAL INJUSTICE FOR TOO LONG

Leaving 700,000 mostly Black and Brown residents without a vote in Congress is racism. We must prioritize D.C. statehood and change the rules in the Senate to realize a democracy that represents Black and Brown people, not one intentionally designed to leave people of color out.

The Senate does not represent the diversity of our country – throughout all of American history, there have only been 11 Black senators – and the filibuster enables a minority of senators to block progress on popular legislation. On top of that, Senate representation is already skewed, with disproportionate power resting in the hands of senators representing states with predominantly white populations.  D.C. statehood won’t fix everything, but it’s a crucial step toward mending our broken Senate. 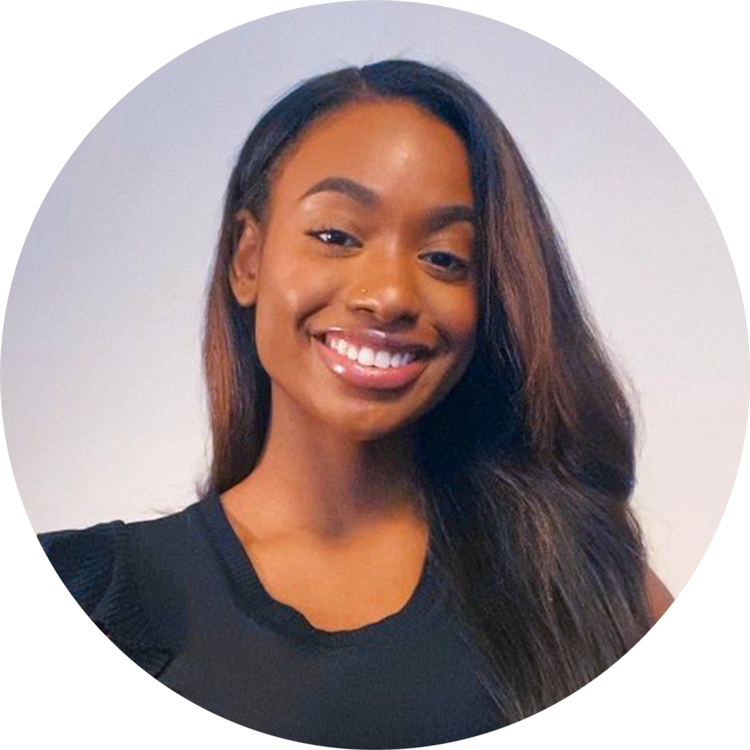 “Our community has experienced so much pain these past years and grappled with the overdue need for systemic change. Yet, my ability to show up for my community, or even myself, in those times of need has been restricted because I don’t have a vote in Congress. In response to every crisis or danger, the call to action is ‘Call Your Senators’ or ‘Tell your Representative to Vote.’ I have no Senators and my Congresswoman can’t vote on the House floor. This is the reality of voter suppression for the residents of D.C.: knowing that we have the right to vote on paper but in practice, our political voice is silenced.”

WE’ve had no power to call the national guard

The January 6 insurrection at the Capitol further exposed the entrenched racism at the root of the District of Columbia’s lack of statehood and made clear just how vulnerable residents are without the protection of statehood. Mayor Bowser requested the National Guard be brought in to help quell the threat of this white supremacist mob — a request a governor would not have had to make — only to be denied by the Vice President and the acting Secretary of Defense, reportedly due to ‘poor optics.’ There was no similar concern over optics when dozens of federal troops were deployed to the streets of D.C. in June 2020 to teargas D.C. residents engaged in peaceful protest following the murders of George Floyd, Breonna Taylor, Ahmaud Arbery, and countless others. This is simply the latest example of the racist double standard that results from the District’s lack of statehood and it had deadly consequences for our community. 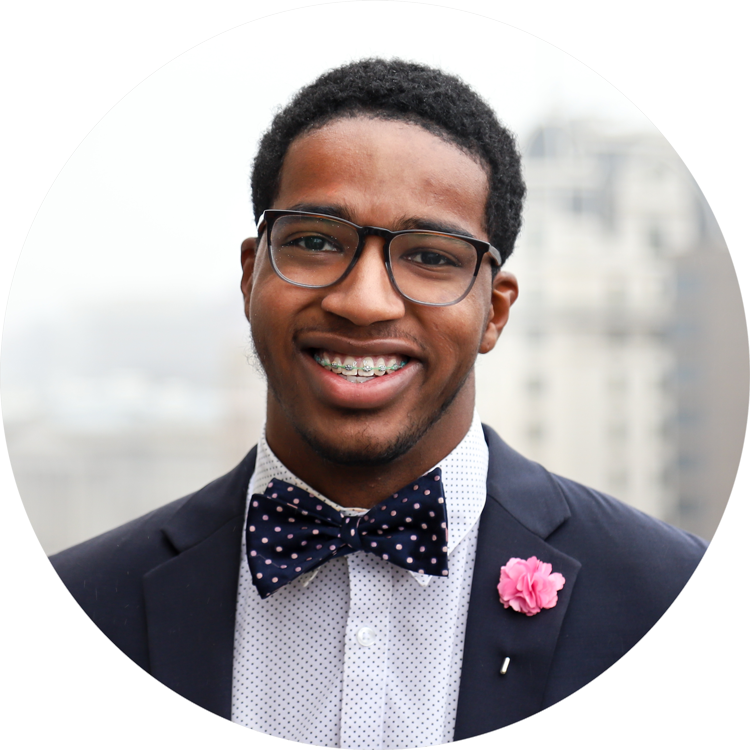 “Entrenched white supremacy protected the men and women committing the insurrectionist acts on January 6. For more than 200 years, racist institutions have disenfranchised the majority Black and Brown residents of D.C. who live amid the heart of our government without a vote in Congress. Not only does our democracy hinge on Congress passing D.C. statehood, but also the safety of my family and neighbors depends on it.”

Without a voting representative in Congress to negotiate coronavirus relief packages, D.C.’s residents were shorted millions in life-saving aid from the federal government. Instead of grouping D.C. with other states in the COVID relief package passed in March 2020, the District  was categorized as a U.S. territory in the CARES Act and received less than half of the minimum $1.25 billion that other states received, including states like Wyoming and Vermont, which have smaller populations. For a year, D.C. missed out on $750 million that could have helped our residents survive this pandemic. Unless D.C. statehood is achieved, the District of Columbia will continue to miss out on critical funding opportunities that have served as a lifeline for state and local governments during this pandemic. 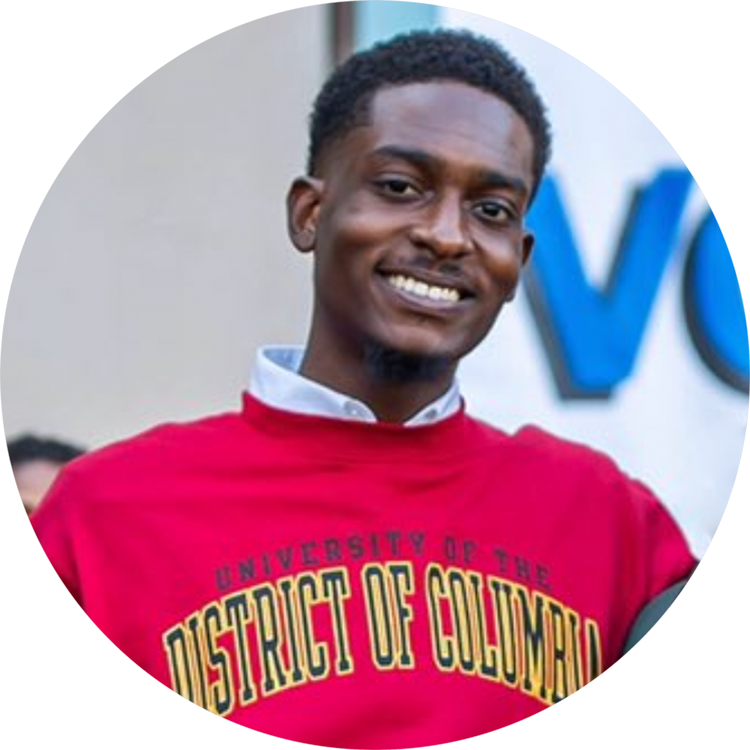 “D.C. is the powerhouse of our democracy, but as a D.C. resident, I don’t have voting power in the Capitol building just a short walk from home. When politicians were negotiating COVID relief packages, the voices of Washingtonians were ignored. We didn’t get the support we deserved, and Black and Brown residents are struggling more than ever.”

WE’RE COMMITTED TO DOING WHAT IT TAKES TO ACHIEVE STATEHOOD

Now, with a Democratic majority and White House, our senators have the power to make the 51st state a reality with 51 votes. The new Democratic majority must demonstrate leadership in making statehood a priority and demonstrate courage in the face of Senate Minority Leader Mitch McConnell’s dangerous obstruction to help change the broken rules of our democracy.

Enslaved people in D.C. were emancipated over 150 years ago. Yet, today, the mostly Black and Brown residents in D.C. continue to be denied full civil rights. We need D.C. statehood to realize full emancipation. We cannot strengthen our democracy while willfully leaving out the people of D.C.

We are committed to doing what it takes to pass D.C. statehood in the Senate, and that starts with bypassing the filibuster. The simple rules change is already popular — President Joe Biden has recognized that our democracy “is having a hard time functioning” because of the filibuster and endorsed this as a real pathway to D.C. statehood. And the rules have been changed before – just four years ago, McConnell changed them to confirm three Supreme Court justices to lifetime appointments on the bench. There’s no longer an excuse for senators to simply pay lip service to supporting statehood for D.C. and not take action.

Together, we are committed to fighting for a democracy that represents all people. 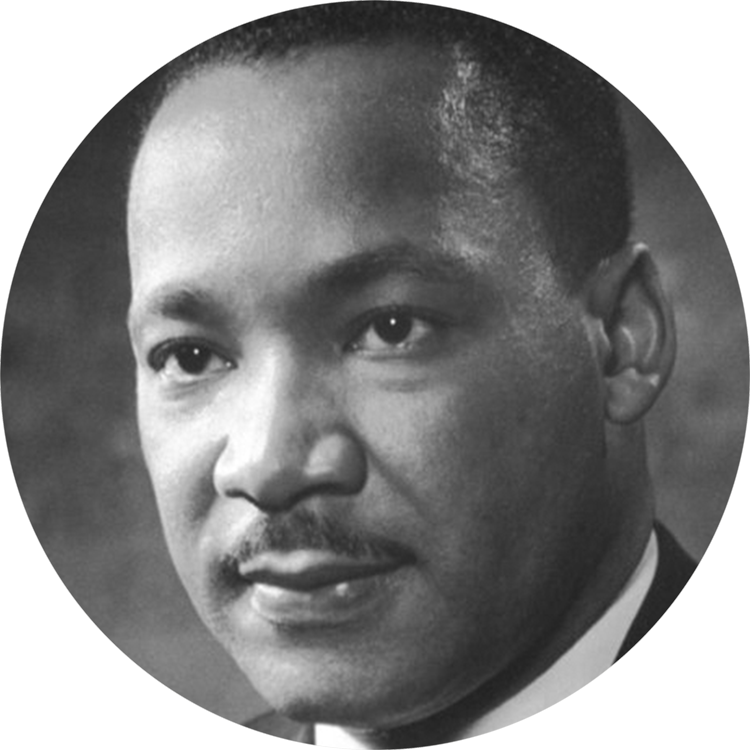 “We are now faced with the fact that tomorrow is today. We are confronted with the fierce urgency of now. In this unfolding conundrum of life and history, there “is” such a thing as being too late. This is no time for apathy or complacency. This is a time for vigorous and positive action.”

TELL YOUR SENATORS TO SUPPORT A REAL PATH TO D.C. STATEHOOD WITH 51 VOTES

We cannot strengthen our democracy while willfully leaving out the people of D.C. Senators must prioritize D.C. statehood and have courage to pass it with 51 votes.

We cannot allow the Jim Crow-relic—the filibuster—to turn promises of progress into empty gestures, by blocking essential civil and voting rights measures from passing through the Senate. We can’t let a favored tool of segregationists block D.C. statehood. We can’t wait!